Like most artistic endeavors, this one is a labor of love.  I wanted to find a way to use the love poems of Shakespeare as a leaping off point to address heartbreak and reclamation of self.  FEVER is a play I started in 2015 while coming back from a breakup, and I felt this was something a variety of people could relate to. Three ladies of different generations came to mind, all in love with the same man who makes them burn. This work in progress is a return to writing that I have relished, and I am so excited about the talented actors and designers that have come on board.  I look forward to seeing you at the workshop! 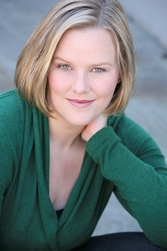 ​Kristin Clippard has worked as a theatre artist (director, actor, teacher, administrator, writer, dramaturg, producer) across the United States for many years. She holds a BFA in acting from Wright State University and an MFA in Directing from the University of Iowa.  She has trained with Shakespeare & Company in Massachusetts, the Orlando Shakespeare Theatre in Florida, the National Conservatory Theatre in Colorado, foolsFury and the SITI Company in California. Kristin has toured her original one-person show entitled Wild Child, developed new plays on both coasts, trained dozens of teaching artists and created theatre with at-risk populations. She has taught theatre to all ages for Anne Arundel Community College, University of Iowa, University of Cincinnati’s College Conservatory of Music Preparatory Department, Utah Shakespeare Festival, Orlando Shakespeare Theatre, Cincinnati Playhouse in the Park, Cincinnati Opera, Victoria Theatre Association, California Shakespeare Theatre, TheatreWorks, Marin Theatre Company, Word for Word, Peninsula Youth Theatre and more.  Formerly, she served as the Education Associate for the San Francisco Shakespeare Festival and as the Education Director for the Annapolis Shakespeare Company. Selected directing credits include contemporary and new plays such as Love’s Fire (a collection of one acts based on Shakespearean sonnets), Breaking the Shakespeare Code by John Minigan, Loyalty and Betrayal (a community collaboration based on Julius Caesar), Landless by Andrew Saito, Collective Amnesia by Janet Schlapkohl, and Champagne Gods by Emily Dendinger. Kristin has assisted numerous directors and served on selection committees for new play competitions nation wide. She recently completed a directing fellowship with Cincinnati Playhouse in the Park and will be directing Macbeth for Cincinnati Shakespeare Company this year. Kristin is a Cincinnati native and happy to be working in her hometown. Website: www.kristinclippard.com Twitter: @KristinClippard 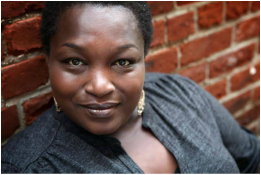 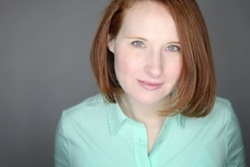 Burgess Byrd
Tisch
​
​Burgess Byrd is delighted to present this new work. Recently, she was seen in Pones' Graphic at this year's Cincinnati Fringe Festival. A few recent credits: Detroit '67 at Ensemble Theatre, Silence: The Musical at Falcon Theatre,  a staged reading of KJ Sanchez's Cincinnati King: King Records with Playhouse In The Park and Harry and The Thief at Know Theatre Cincinnati. Thank you for supporting live theatre!
​

Catherine Cook obtained her BA in Dramatic Arts from Coastal Carolina University. While working toward her BA she was able to spend a semester abroad studying theatre at Nene University in Northampton, UK.  Immediately upon graduation she was fortunate to receive the opportunity to tour across the United States performing in multiple shows, including The Last of the Red Hot Lovers, with the Repertory Theatre of America based out of Baltimore, MD. She has since performed with multiple companies in both the Cincinnati area and in Charleston, SC.  Favorite roles include: Laura in The Glass Menagerie, The Rising Phoenix Theatre Company, Middletown, OH; Lisabette in Anton in Show Business, The Know Theatre, Cincinnati, OH; June in a staged adaptation of the book Trainspotting, Theatre Verv, Charleston, SC; Charlotte in A Little Night Music, performed with The Company Company at the Spoleto Arts Festival, Charleston, SC; and May in Fool for Love with New Edgecliff Theatre, Cincinnati, OH. Ms. Cook also obtained her BSN, nursing degree, from the College of Mount St. Joseph in 2014 and works as a Financial Analyst at Cincinnati Children’s Hospital. She is extremely excited to part of the first run of Fever. 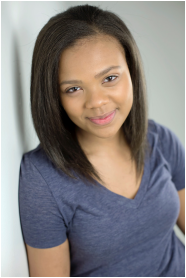 Hannah Sheppard is a rising senior at Xavier University. There she studies theatre, communications, and Human Resource Management. While she has also experienced being a stage manager, assistant lighting designer, and most recently Master Electrian for Xavier's production of RENT. She loves to be onstage. Some of her favorite credits include Titania in A Midsummer Night’s Dream, Gary Coleman in Avenue Q, and Mitch Mahoney in Putnam County Spelling Bee. Hannah enjoys seeing and participating in as much local theatre as possible. For more information about Hannah visit her website at sheppardhannah7.wix.com/hannah-sheppard  ​
Jason Sebastian
Sound Designer

We thank you for your support!